What Are DMS and DMSO?

Dimethyl Sulfoxide (DMSO) is a highly polar and water miscible organic liquid. It is essentially odorless and has a low level of toxicity. As do all dipolar aprotic solvents, DMSO has a relatively high boiling point. 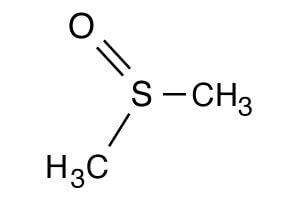 A superior reaction solvent for the production of Active Pharmaceutical Ingredients and intermediates. Many specific reactions run best in DMSO, producing higher product yields. The high polarity of DMSO allows it to dissolve many compounds that other solvents cannot. DMSO is itself a reactant in a class of environmentally-friendly oxidation reactions.

As a cryopreservation agent. DMSO has the unusual ability to depress the freezing point of water dramatically, while maintaining viability with many cell and tissue types. This has led to its use in cryopreservation media for stem cells derived from human umbilical cord blood and reproductive tissue.

Dimethyl Sulfide (DMS) is a low molecular weight sulfur compound with a distinctive garlic-like odor. It possesses a low level of toxicity and is used as a flavor component in the US and other parts of the world. 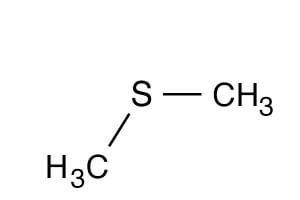 As an effective presulfiding agent. DMS is used as a sulfur source for industrial catalysts used in hydrodesulfurization, hydrodenitrification, and catalytic cracking. These catalysts are supplied in their oxide form, and must be modified with sulfur prior to use

As a “back-up” odorant in gas products. DMS is blended with common gas odorants as a protective measure. When odorants such as methyl mercaptan oxidize, their odor diminishes. DMS is not as susceptible to this problem.

In chemical synthesis, DMS is alkylated to produce trimethylsulfonium halides, which are useful epoxidation reagents. DMS-BH3 is used in hydroboration-oxidation and related reactions.

Gaylord Chemical has launched a new site! Thank you for your patience as we work through the final details of the launch.

Our Response to COVID-19