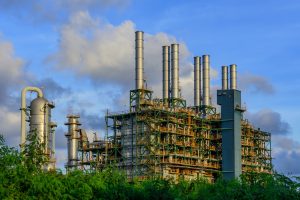 Gaylord Chemical has remained the leading supplier of Dimethyl Sulfide (DMS) to the US Gulf Coast ethylene industry for decades. With continuous on-purpose DMS production since 1962, industry leading product purity specifications, and a dedicated fleet of DMS tank wagons, Gaylord’s DMS business was built to be a highly reliable source of DMS. We understand the importance of reliable, on-time deliveries in minimizing downtime and ensuring maximum production and process efficiency.

DMS Exact-S® is a dependable – and proven – sulfidation agent for the production of olefins.

Dimethyl Sulfide (DMS) is primarily used in the petrochemical industry as a sulfidation agent in the steam cracking process in the production of olefins like ethylene and propylene. Sulfidation of furnace tube walls is critical to mitigating coke formation and controlling carbon monoxide (CO) levels. These mechanisms serve to maximize olefin furnace run length and reduce downtime.

Learn more about the Science of Sulfidation

A variety of metallic catalysts are used throughout the petroleum refining process. Many of these catalysts require activation via sulfiding to achieve peak performance. DMS was one of the first sulfur-bearing agents used in the catalyst pre-sulfiding process and remains a key chemistry in the field.

Sulfur based compounds such as DMS play a critical role in gas leak detection. DMS, similar to other sulfur based odorants, has a very low odor threshold and can be identified by humans at the part per billion level. One advantage of DMS over other odorants, such as methyl mercaptan, is that it is very chemically stable. Mercaptan odorants oxidize over time, and the ability to smell their presence diminishes.

Gaylord Chemical provides application specific technical service in support of all of our product grades. From formulation development and regulatory consultation to Engineering and Design consultation, we’re here to help.