An In situ forming implant typically consists of a polymer dissolved in a suitable water-miscible organic solvent, wherein a drug substance is dispersed or suspended. Drug-loaded implants are formed upon in vivo injection. Following administration, the organic solvent diffuses out in the aqueous environment of the surrounding tissue, resulting in precipitation of the water-insoluble polymer. During precipitation, the drug is entrapped inside the polymer matrix which forms. The objectives of such a delivery system are (i) to deliver a drug over a long time period in order to lower dosing frequency, (ii) site-specific action and (iii)to minimize any side effects associated with systemic administration. A schematic representation of this approach used in the design of an in situ forming implant system (for example, using DMSO as solvent) is summarized in Figure 1. 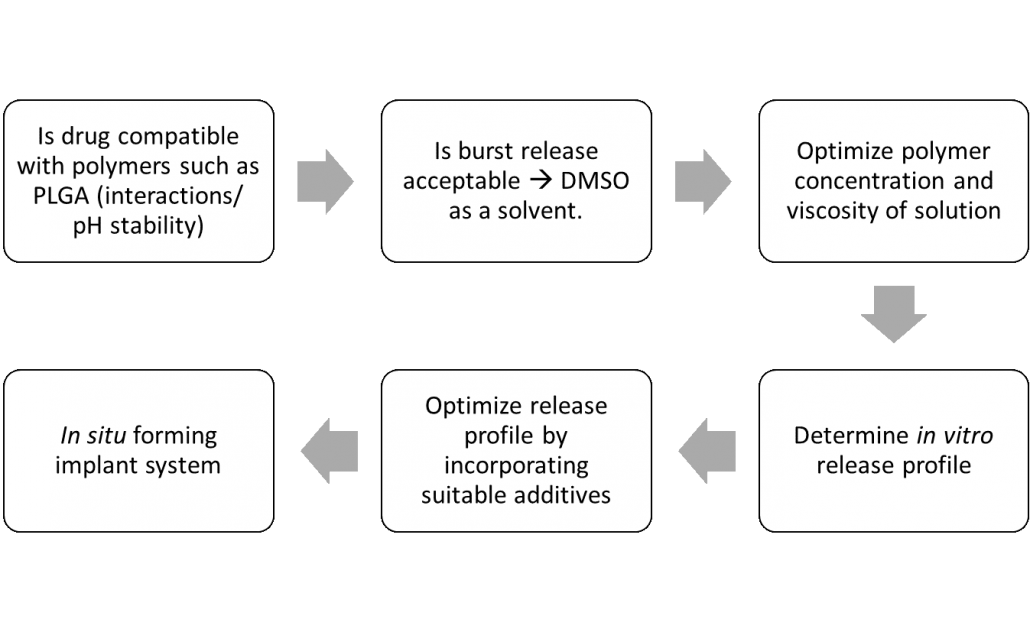 Figure 1. A simplified and schematic representation for the rational design of in situ implants (example using DMSO as solvent).

The drug’s release profile is one of the critical attributes associated with the performance of an in situ forming implant system.  Typically, an implant’s release profiles can be separated into three aspects, namely (i) the sudden burst release of drug, attributed to a lag between injection and implant formation, (ii) a slow diffusion-facilitated release of drug molecules, and (iii) polymer erosion resulting in a second rapid phase of release in the product’s overall drug delivery system profile2.

This initial phase of the drug release, termed as ‘burst release’, normally occurs within the first 24 h of implant formation. During this phase, the drug is released from the surface of the system through pores. In general, the initial large bolus of drug can result in (i) concentrations outside of therapeutic levels, leading to adverse effects and local or systemic toxicity3 (ii) reduction in the effective lifetime of the implant, (iii) shortening of total drug release profile and hence requirement of more frequent dosing, and (iv) economic and therapeutic waste . Burst Release, however, may be desirable under specific instances such as in wound treatment, flavors encapusulation, and to target delivery via triggered burst release and the ability of pulsatile release2. As an example, burst release has been utilized to deliver drugs at high release rates to achieve an initial loading dose, such as antibiotics4.

The formation of an in situ implant and its concomitant drug release profile is a complex interplay of different formulation parameters. These may include the properties of solvent, polymer and drug, the concentration of polymer itself and the presence of additives (Figure 2).  In case of solvent-exchange based in situ implant formation, an initial burst release of the drug is commonly observed. Use of a hydrophilic solvent such as DMSO leads to rapid phase inversion and hence the formation of porous implants with a highly evolved network of interconnected pores. An increase in polymer concentration generally reduces the burst due to the decreased water affinity of the solution, formation of a thicker solidified polymer skin and generally lower diffusivities in the system. Such diffusivity changes may slow the solvent/water exchange and generate a less porous structure5. Such an approach is, however associated with the concomitant increase in system viscosity; this could quickly hamper formulation injectability. 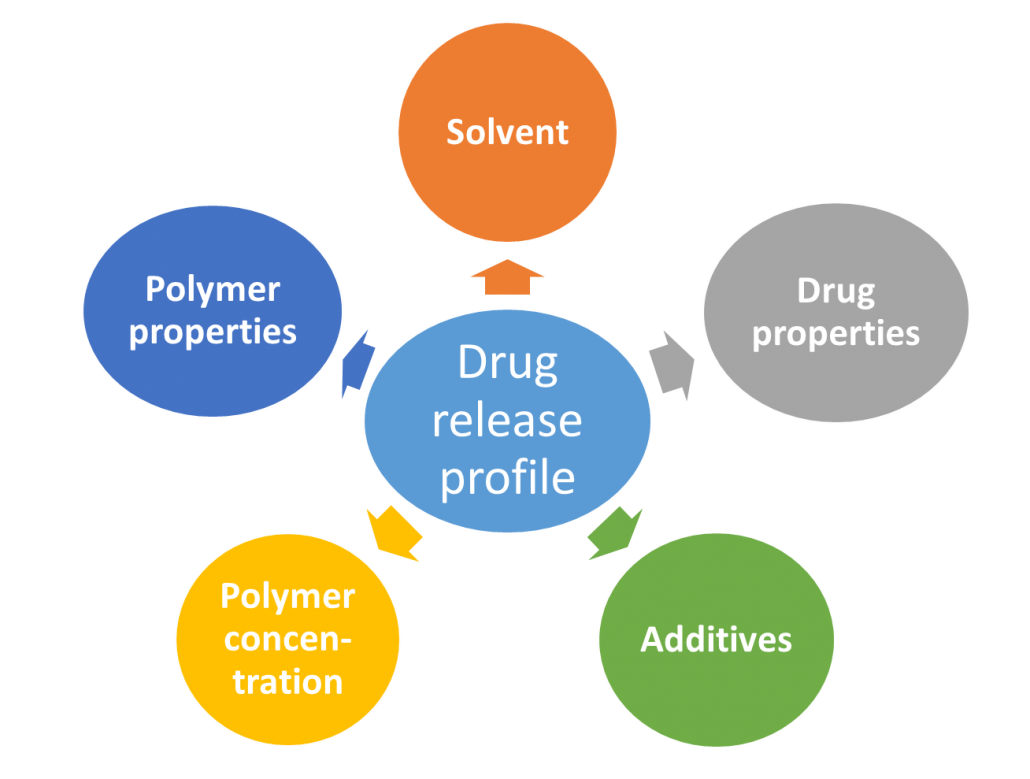 A recent study compared drug release profiles following solvent-induced phase inversion of four biodegradable polymers which included polylactide (PLA), poly(lactide-co-glycolide) (PLGA), polycaprolactone (PCL) and poly(trimethylene carbonate) (PTMC). Three organic solvents used to prepare polymer solutions (15 % w/v) were either DMSO, N-methyl-2-pyrrolidone (NMP) or triacetin. Using NMP or DMSO, PCL and PTMC demonstrated higher burst release with ~90% of drug content available within 2 days while PLA and PLGA showed only ~75% of drug release in the same time. Interestingly, irrespective of the polymer used, complete drug release over 40 days was observed only when DMSO was used as solvent. Using either NMP or triacetin led to comparatively lower drug release. The authors also determined the amount of solvent in the release medium from different polymer-solvent systems. The removal rate of triacetin was much slower than that of DMSO and NMP. After the rapid exchange in the first few days, approximately 45% of NMP still remained in all depots. On the other hand, only ~17% of DMSO remained in all the polymer implants except PCL, from which it was completely removed6.

During the process of formulation development, it is important to demonstrate the link between the critical aspects of the in vitro gel formation kinetics and the resulting drug release properties of injectables. Only a few studies have been conducted to evaluate how an aqueous environment composition influences the system in vitro. Due to the complexity of biological systems, variation in the properties of the physiologic medium surrounding the injected polymer solution can potentially influence implant formation as well as drug release. In a representative study, a 50% w/w solution of PLGA in DMSO was quenched with either water, a phosphate buffer solution or with horse serum. Interestingly, no differences phase inversion dynamics or in the depot’s morphology were observed.7. This lack of change can be potentially explained by the high miscibility of DMSO with water.