Equation 1:  The optimized conditions for the coupling of DMSO with a methyl ketone to access a ketoallylmethylsufide

This is not the first example of DMSO being used as an “ideal sulfur source” due to its cost efficiency.   For instance, DMSO has served as the electrophile in Pummerer rearrangement reactions,3 and it has served as the methylthio or the methylsulfinyl group in various metal-catalyzed transitions.4   Despite advances, these reactions have generally been limited to reactions that only involve arenes, alkenes, or alkynes as nucleophiles.  The work reported in the Wen paper is the first example of direct coupling of DMSO with the C(sp3) carbon of methyl ketones.  It is also novel in that it only requires acid promotion without the need for a metal catalyst.

Equation 2:  The optimized conditions for the coupling of DMSO with a methyl ketone to access a ketoallylmethylsufone

The reactions reported in Equations 1 and 2 are generally high yielding and tolerate a variety of functional groups.  The reaction in Equation 1 tolerates electron-donating and electron-withdrawing substituents and ortho, meta, and para placement of substituents on the aromatic ring.  This reaction also is amenable to heteroaryl groups.  Only six of the 24 reported yields were less than 70%.

The formation of the sulfone, illustrated in Equation 2, is also generally high yielding, with only six of the 20 reported examples having yields below 70%.  (Only two had yields below 50%.)

Scheme 1:  Proposed mechanistic pathway for the formation of the ketoallylmethylsufide. 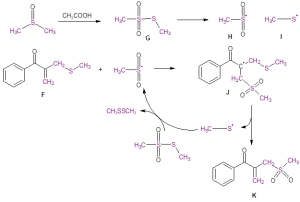 Scheme 2:  Proposed mechanistic pathway for the formation of the ketoallylmethylsufone.

The reactions developed by Wen’s group offer an alternative, economically-attractive route to valuable sulfur-containing organic compounds, and is another tool for the synthetic chemist’s toolbox.